Behind the cut are pictures from 10 Christmas Movies. See how many you recognize (just because I forgot to journal today, and this was a quick thought).

Cut and paste this into a comment below and see how many you get. I know there are a lot of moviephiles out there.

The answers are contained in the first comment. Happy movie watching. (What's your favourite Christmas or Holiday themed movie?)

So let's do a Christmas poll to see what you're up to this December.

Open to: All, detailed results viewable to: All. Participants: 28

Which of these will you be doing this holiday season (check all that apply):

Which of these greetings are you most likely to give someone?

Do you believe that there is a "war on Christmas"?

In which mode do you do more of your Christrmas shopping?

Do you mail out Christmas cards?

Compared to last year, will you spend more, less, or about the same this year on Christmas presents?

What is your favourite Christmas movie?

What is your favourite TV show Christmas episode?

What is your favourite Christmas carol?

Seth is asleep upstairs so I'm bored and can't watch TV. The weather is crappy so I think I'll do a poll. I'm too lazy to proofread it so please excuse any errors or questions/answers that don't make sense.

seaivy was writing in her journal about people jumping ship from Livegerbil. A lot of people have done so, and now when I look at my friends list, a lot of them are people who were once very active posters, but who haven't darkened the door of this place in years. I miss many of them, especially some of whom became IRL friends, and who I would meet if I happened to be travelling to their cities. Conversely, while I have made some new LJ friends, I haven't replaced the new ones at the same rate as the old ones left. The demographic of my average LJ friend has changed too. On average new LJ friends are older than the ones I made ten or twelve years ago. That's not surprising, considering how I've aged too. More LJ friends are women now, compared to a decade ago when the majority where male 20-30somethings. But I was never really a party person (not since I quit drinking many years ago when I was in my mid 20s). I have changed however into what one former LJ friend called "dull and domesticated." 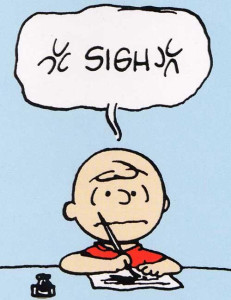 Part of the change has come from the evolution that has taken place in my life. I've gone from a single guy, hitting on those open to sexual exploration to someone in a seven year committed monogamous relationship. I've gotten busier in my top secret career, and this along with my relationship has made it more difficult to find the time to journal. Many of my former Livejournal interests have either changed or waned, so that I don't cultivate those communities any more, or feed the friendships that arose out of those common interests. For example, I used to read a lot of comics (DC titles) but my interest in reading history has pushed that out. I used to be an active poster in a number of gayporn communities, but a committed relationship with a partner who is very healthy sexually has lessened this craving. Recent changes to the law have also scared me off of sharing porn images found on the net. 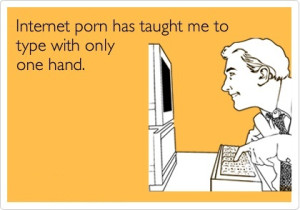 I used to be more of a political junkie, as opposed to a history junkie, but I found that this was a recipe for conflict in many communities. Very many people who are otherwise reasonable become angry and intolerant of those who have views that fall in the opposing spectrum. As a gay man with slightly right of center views, I was always pissing someone off. No matter how respectful and polite I tried to be, there were just some people who got very upset if I challenged their political view. 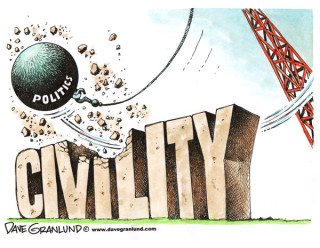 I still like sports, but find I watch less of them these days. The sports communities on LJ seem to be really inactive. In some ways, it was worse when these communities were active. Some sports fans can get very catty, and find the internet a place where they can say offensive and insulting things from the safety of behind their computer that they would be too chicken (or too overtaken by good sense) to say in person. Typically, when whatever team I was supporting fell on hard times, the comments sections were filled with angry comments. When I tried to be the "rah-rah" guy who stuck with his team through thick and thin, that just seemed to make me a lightning rod for abusive comments from fair-weather fans.

But, as I've said before, I won't be bolting LJ any time soon, if for no other reason, because I don't want to lose over a dozen years of memories of my courtship of and early days with Seth, vacations to neat and geeky places, and other assorted moments of brilliance, frozen in time (temporarily at least) on the virtual pages of the world wide web.

I'm not sure if I'll continue to post more frequently, if I'll get active in my existing communities or look for other new and interesting ones, or seek out and discover new LJ friends. I will leave this post open to the public so if someone in LJ stumbles upon it and wants to become LJ friends, they can comment. Just be sane, don't be a bot or someone using LJ to sell a product, and be someone who won't take it personally if we happen to disagree on things.

seaivy who knows, maybe a decade from now it will be just you and me and the Russians on here. If so, nostorovia!

This journal is now "Friends Only." Please comment to request to be added.
Collapse